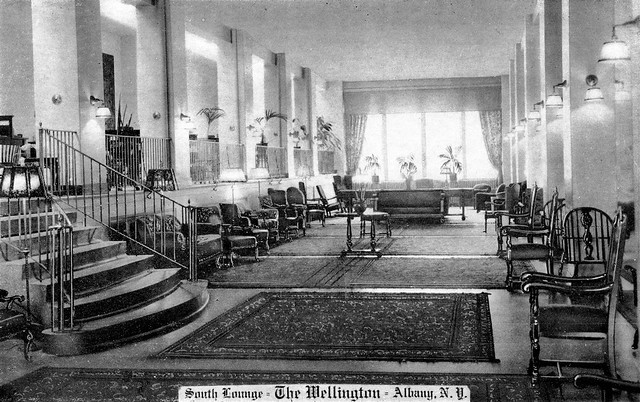 For my potential project idea, I chose to focus on a specific area in Albany.  My initial project idea was focusing on the education in Albany, but I found it hard to narrow down the type of schools I wanted to do. As a result of my indecision, I began thinking of other directions to take my project. Instead of focusing on a specific topic, I chose an area (State Street) that was familiar to most local Albany Residents and identified three locations within that area that I felt could capture a part of Albany’s history. The first picture is the inside of the Wellington Hotel which was home to many visiting legislatures and officialdom. The next picture is the National Commercial Bank which opened in the 1865 and stopped printing money in the 1935. The last picture is the Albany Law, founded in 1851 and considered as the nation’s oldest independent school of law.