1) The Washington Ave (10th Battalion) Armory was built in 1890 and was the first National Guard unit in the city. This is interesting because of how large the National Guard has grown today. And this unit was also activated to fight during the Spanish – American War.
2) Fort Frederick was a British in the 1680s. It was used to protect Albany during the French and Indian War. Later it was used by Americans during the revolution to house British prisoners.
3) The Battle of Henry Johnson statue is a memorial for Sgt. Henry Johnson who was recently posthumous awarded the Medal Of honor during WW1. He was apart of the only all black combat platoon during the war. Meaning he overcame discrimination and paid the ultimate sacrifice saving others.
4) The Colonial Hospital is where wounded troops from the battles of Ticonderoga and Saratoga were treated.
5) Birthplace of the Union is where Ben Franklin presented the first proposal to unionize the nation.

According to google maps, the walk will take approximately 31 minutes.

The overall theme of my tour will be about military history. However it does include some African American history as well. It will be directed for generally anyone who is interested in the roll the military played in Albany and the formation of this country! I’ve always had a particular interest in military history so this topic was fairly easy to choose and it was easy to find information because of Albanys historic past. The takeaway of this tour will show that Albany played a major role in many wars that America has been involved in. And that it should be appreciated because many times there isn’t enough credit given to our military. 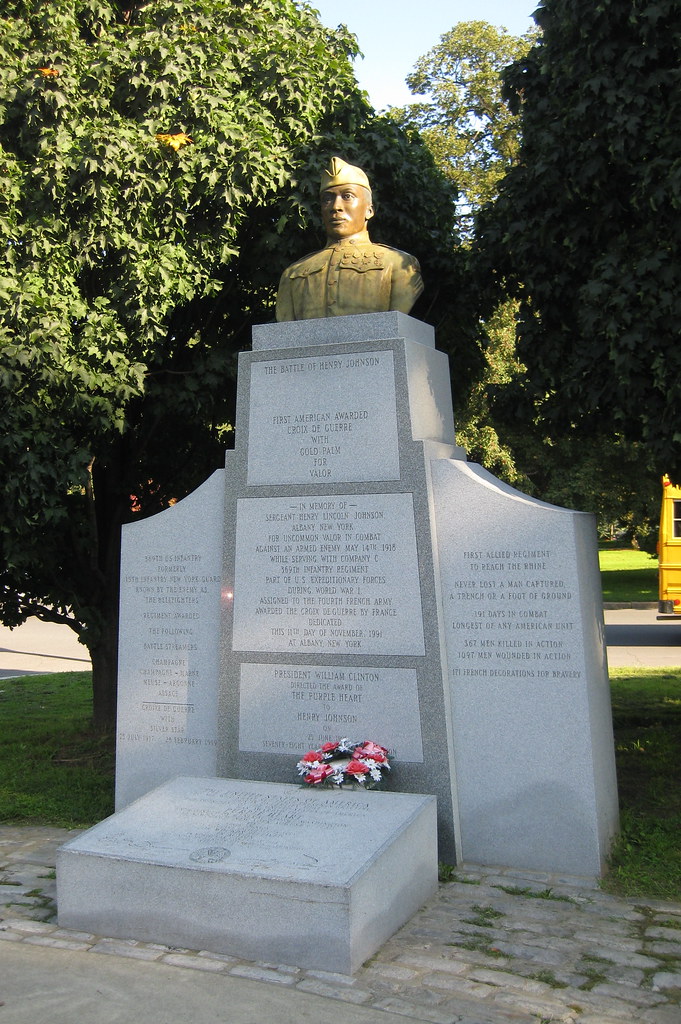 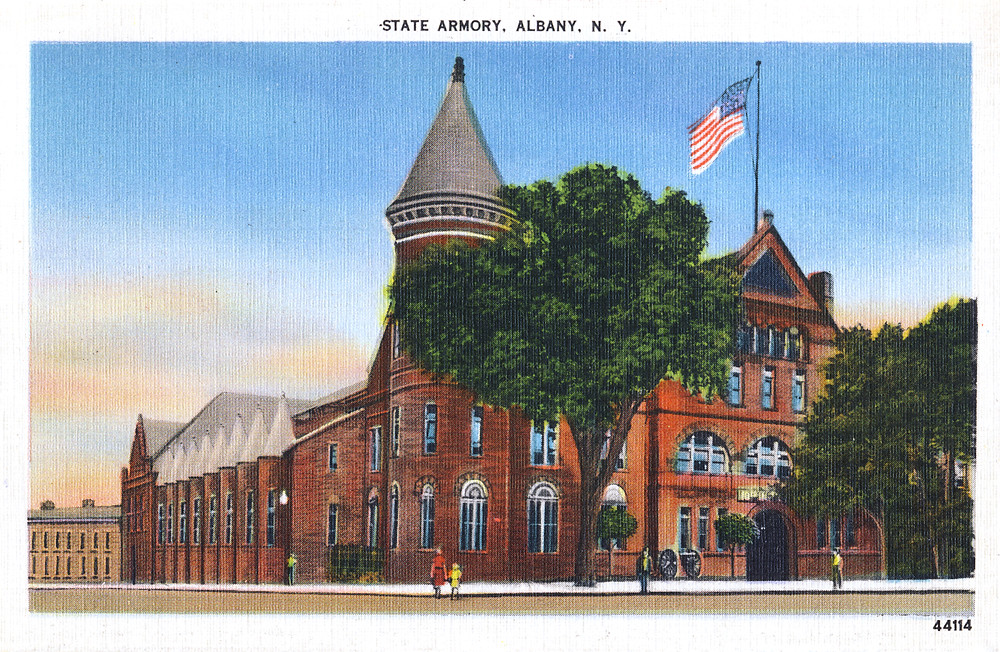 For the photo of Sgt. Henry Johnsons memorial, there are some rights reserved where we are free to share as long as we do not use the image for commercial purposes or alter the image in anyway. While the image of the armory we may use the image for educational purposes. Both of these images are pictures the actual building or statue that the walker will see. However the picture of Sgt. Johnson is a current day one, the other one of the armory may be different because it looks like it is an older drawing of the building.

1) Do you think it would be more beneficial to use older pictures of the sites or current day pictures of the location?
2) Would it make more sense if all of the events were from the same time period?
3) What is the current conditions of sidewalks that i chose for the paths?